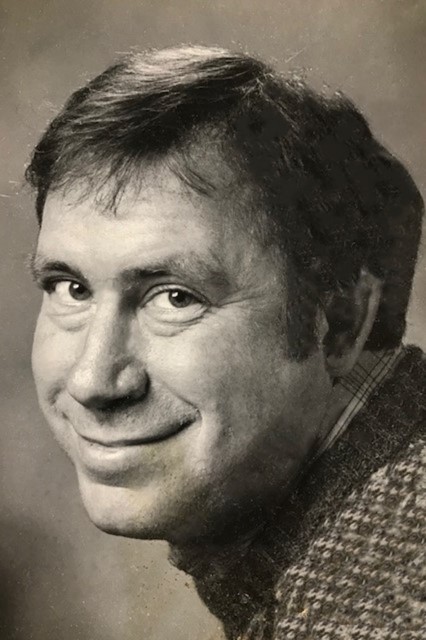 Russell Henry TerBeek, Jr., a life-long resident of Grand Rapids, Michigan, died unexpectedly on January 6, 2021, at the age of 72, due to complications from Covid-19. Born on July 2, 1948, Russ, or, Rusty, as his family and friends knew him, was the oldest of six children. His parents, Deawn Ruth TerBeek, (nee Albaugh) and his father, Russell Henry TerBeek, Sr., preceded him in death.

Russ excelled in cross country at both Lee High School and Grand Rapids Junior College, lettering in both. He graduated with honors from Grand Valley State College with a degree in microbiology and worked for years at the Amway Corporation. He also served with honor during the Vietnam War in the United States Army.

Russ relished riding motorcycles and enjoyed some periods of volunteering at the scene shop at Grand Rapids Civic Theatre and attending performances there. Russ loved animals, in particular, he loved cats and dogs. He also enthusiastically engaged in conversations about science and politics.

A celebration of Russ’ life will be held at a later date due to the pandemic of Covid-19. Condolences may be sent online at www.mkdfuneralhome.com.

In the meantime, Russ’ family has a few memories and tributes to Rusty that they wanted to share:

I suppose that my earliest recollection of Russ is his Star Shows in the basement of 1902 Alba. My parents had procured a small planetarium for my brother. Russ learned the constellations and also the Main Sequence of Stellar development (look it up). Russ was nine (9) years old. Russ charged a penny a show, as I recall.

Russ introduced me to wrestling when I was thirteen. We wrestled on the basement carpet, no pad. I vividly remember these sessions.

Russ spent his adult life adventuring as much as possible. He whitewater rafted the Colorado River, climbed Mt. Whitney, the tallest peak in the Lower 48, and scaled Mt. Shasta with me in tow. He owned and flew airplanes and rode Harleys.

I will miss his academic knowledge and understanding of all the natural world. Our discussions (and there were many) would cover myriad topics, from science to politics to sports.

Russ was the kindest, gentlest person I have ever met.

I miss Russ greatly. I always will.

Russ, I’ll see you in the Supernatural!

Rusty was my oldest brother and my friend, who, upon my entering into 8th grade tried to teach me how to conduct myself in high school. Those lessons fell upon deaf ears. I remember when we had scheduled a vacation to Mammoth Caves, Kentucky, we had to wait for Rusty to run his cross country race against Kelloggsville High School, which, as one of the stars of our high school, helped win the race. I remember, Coach Arthur Kraai, at the All Sports Banquet joked that Rusty had to finish the race before we went off and left him.

A poem from Russ’ brother, Jim:

Russ was my brother, taken too soon

By the negligent acts of an orange baboon.

He loved all his critters, no arguing that,

You could tell by the way that he treated his cats.

He played the piano and strummed the guitar,

His musical skills being well above par.

He will be missed by those he knew well,

Some destined for heaven, and others for hell.

My brother, Rusty, was a kind man. Funny and smart, but most of all, kind. When I notified my good friend about Russ’s passing, the first thing she said is that he never would have hurt anybody. Especially in these times, that is a great thing to be remembered for.

Another friend took a college class years ago with Rusty. She chuckled as she told me only two people knew what was going on in that class: Rusty and the professor.

Also, I remember, we had a live band at my wedding, and during one of their breaks, Rusty played the piano. People were impressed with his talent, and still mention this. He could play piano pieces by ear.

Rusty loved animals. Stray animals, and sometimes humans, gravitated to him. He took them all in and cared for them whether or not he could afford to.

Russ took pride in living in the house that our grandfather built so many years ago, and that our Dad was born in. I am so glad that it is still in the family; Rusty would appreciate that so much.

Rusty, the eldest of a family where I was the youngest, held a mysterious air for me as a kid. He was an adult from my earliest memories of him, and then seemed removed from my kid world. That changed in 1971 when he came back from a stint in the Army with media like Zap Comix, the Furry Freak Brothers, and albums like Big Bambu and Child’s Garden of Grass. As I grew into adulthood, I came to know him as an affable, super smart guy who was always willing to be the host of a good party, and always welcoming to me and my friends and later, wives and kids. No matter what set back he faced, he remained upbeat and positive, bringing good vibes and warmth to his interactions.

My best recent memories of him are from when he travelled with my family to Union Pier and Kirk Park in 2012. It was the last time my kids both saw him. He was struggling with his disability, but gamely made his way to the beach with us. I will miss him.

I have several memories of Russell TerBeek, Jr., from early life, including some patient conversations between an elder educated in science and his eager eight-year-old godson and nephew concerning black holes. However, I am most indebted to him for his help readying me for the ACT when I was twelve, required for advanced math courses I would soon take, thus setting me on a solid path towards a career in

science. I have benefited from his generosity and am grateful for the impact he had on my life.

Leave Your Tribute
January 14, 2021 5:49pm
Memories of Rusty came pouring in when I heard the news.Even though we haven’t been in contact for years I can remember the days spent on the softball field,Russ was our pitcher for years,can remember parties at Rusty’s, there would be people yelling and drinking, and there would be Russ in the middle of the room studying! What a smart guy he was,Rusty RIP!

January 14, 2021 4:14pm
My sincere condolences to the TerBeek "Kids". Even though my memories of Rusty are vague, as he was a bit older than me, I do remember there was never a dull moment when our parents & us got together. Lots of fun & laughter. Please know that you are being lifted up in prayer - may your memories sustain you in the coming days.. May the love of friends bring you comfort, may the love of God bring you peace.

January 13, 2021 8:20pm
I met Rusty when I was a child. My mom, Penny Lindberg, was great friends with Mrs. Terbeek and the family. We were especially close to Mrs. (Deawn) Terbeek as she was the grandma we never had. We were included in several family events when I was a kid, and Rusty was always such a nice person. I am so sorry to hear of his passing. What a brilliant mind! I know Mr. and Mrs. Terbeek are welcoming him to Heaven with open arms! My deepest condolences to the family.

January 13, 2021 4:31pm
I grew up in the neighborhood with Rusty. Even when we were young, I was amazed at his interest in science and other topics. At that age, I could not appreciate his intellect. In high school I developed a greater appreciation for his knowledge in classes. We shared common interest in sports and also in our classes. After high school we went our separate ways, but fortunately we reconnected a few years ago. We shared many conversation over the past few years and I am still amazed at his intellect and knowledge of so many subjects. I admire that he has lived life to the fullest I am glad to call him a friend and I will miss him. I have so many great memories.