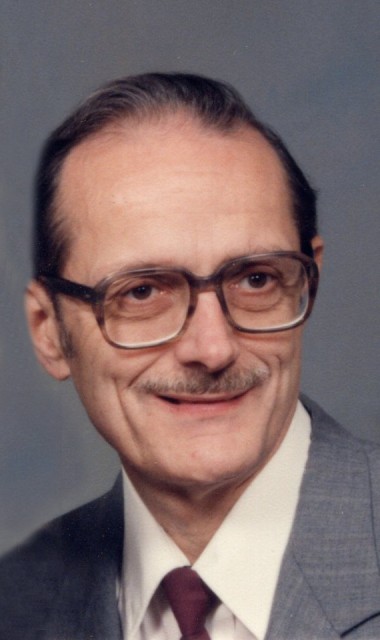 Roger Lee Fritsma, age 85, of Standale, went to be with his Lord and Savior on Saturday, July 17, 2021. His parents were George and Grace Fritsma of Grand Rapids, Michigan. He was preceded in death by his parents, and his sister, Barbara Gort. He will be lovingly remembered by his wife of 57 years, Mary Fritsma; children, grandchildren, and great-grandchildren, Mark and Kristen Fritsma (Joel, Aaron), Marianne and Timothy Ebenstein (Nicole and Brandon [Ezekiel, Eden, Ellis], Kelsey, Brandon, Erica and Bryce, Nathan), Renae and Santiago Mata (Deven, Roman); his sister, Beverly Smit; brother, George and Margaret Fritsma; and many nieces and nephews. Roger, the oldest of four siblings, was raised on the SE side of Grand Rapids. He graduated from GR Christian HS and from Calvin College with a chemistry degree and he also attended MSU. He was a humble role model to his sisters and brother, especially his ‘baby’ brother, whose life/career in the sciences was a response to his kind influence. He enjoyed working with numbers, especially statistics, whether it was Little League scorebooks or memorizing volumes of info about his beloved Detroit Tigers. He was admired for his quiet intelligence, steadfastness, and subtle sense of humor. Roger was fond of snapping photos of his family and experiences and he gathered hundreds of slides. His was not an easy life with health issues since his early 20’s, but he was always a faithful husband and loving father and grandfather. He enjoyed playing board games, such as Upwords, and card games, especially cribbage, with them. He was well known for his immersive love of reading, be it books, magazines, maps, the Press, or player stats. And he passed this enjoyment and love of knowledge on to his kids. Sadly, due to the pandemic, he was not able to spend nearly enough in-person time with his family and friends, but he looked forward to letters and visits at the nursing home (Edison Christian Health Center) when they were allowed. The family would like to sincerely thank the caregivers at Edison for their compassionate attention to Rog (& Mary) these last 2+ years, and especially during this very challenging time of covid protocols. Funeral services will be held on Thursday, July 22, 2021, 11 a.m. at Matthysse Kuiper DeGraaf, 6651 Scott St., Allendale, with Rev. Terry Slachter officiating. The burial will be held at Rosedale Memorial Park. Relatives and friends may meet the family Wednesday, July 21, from 6-8 p.m. and on Thursday from 10-10:45 a.m. prior to the service at Matthysse Kuiper DeGraaf, 6651 Scott St., Allendale. Those who wish may make memorial contributions to Harbor House Ministries or the Luke Society. John 3:16.

Leave Your Tribute
July 20, 2021 10:23pm
May the Lord be near to you in your time of mourning. We are sorry for your loss and pray you will take comfort in God's promises that we will all be together with Him again one day.

July 20, 2021 7:41pm
Mary, our sincerest sympathy to you and the family. We praise God for his life that he shared with all of you so willingly. Now he rests in the arms of his Savior praising God endlessly. What a comfort.

July 18, 2021 7:43pm
Our sincere sympathy to you Mary and your family. We can take comfort in knowing he is in The Garden with Jesus.