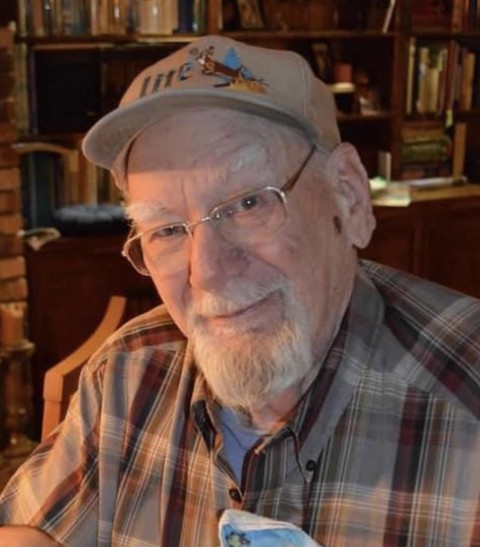 Robert J Spielmaker, age 91, of Grand Rapids was called to his heavenly home on Thursday, April 29, 2021. He was preceded in death by his wife of 31 years, Irene Kay Spielmaker; his children, Arthur E Spielmaker II, and Abbi Spielmaker-Wiersma. Robert was the last of the seven siblings to pass away; brothers, Earl, Art, Karl, and Bill; sisters, Marie and Doris. He will be lovingly remembered by his daughter, Pamela Spielmaker; four grandchildren and nine great-grandchildren, many nieces, nephews, cousins, and dear friends. Robert valiantly served his country in the US Army during the Korean War, 179th infantry 45th infantry division. He was a warm, loving, caring husband, father, and grandfather. Robert often worked six days a week in the tool and die industry. He was an avid model airplane enthusiast as a young boy building model airplanes with his brothers and continuing the hobby throughout adulthood. Robert liked to relax with friends and family, shooting pool, and telling stories. Cremation will take place with a memorial service to be scheduled at a later date.

Leave Your Tribute
April 30, 2021 7:14pm
I first met Bob at the Wolverine Skyhawks radio controlled plane Vinton flying field sometime around 2004. He put a plane down in the apple orchard and I ran out to get it for him. We wasn't far behind in his pick-up truck, head hanging out the window and laughing. What a fun guy I thought. We picked up a few pieces and not long thereafter he had it repaired and back up in the air again. We became instant friends. He was an expert RC modeler and active enthusiast. We shared many modeling and flying stories and would often meet at the Bow Tie Tavern after a fun-fly event or RC meeting for some cold ones. Then we started playing together on a pool league for many years. He would call me every Tuesday after the league season and say, "Hey Brad, It's Tuesssdaayyyyyy. Want to get your ass beat at 'the club' (AMVETS)?" (I'm sure Bob would be okay with my comments here because that's how he was.) I'd head over to the club and he'd often have a beer ready for me and we'd play many games. It seemed he always had some new story to tell about his past and would describe them with great detail. His life must have been filled with incredible experiences and he mentioned his wife, Kay often. We spent a lot of time together enjoying our hobbies and chatting. We once bought so many pull tabs that we nearly filled a garbage can. Several years ago I drove him to a Flying Tigers tribute / discussion at the Muskegon library. He loved planes and flying and knew lots of history on the subject. Bob was always warm and inviting and great to be around I have thoroughly enjoyed all the time I spent with Bob and I'm very sorry he's gone and offer my condolences and prayers to all his family. I'm sure he's flying high in a better place and laughing all the way. Rest in peace Bob, you've earned it and thanks for being my friend.