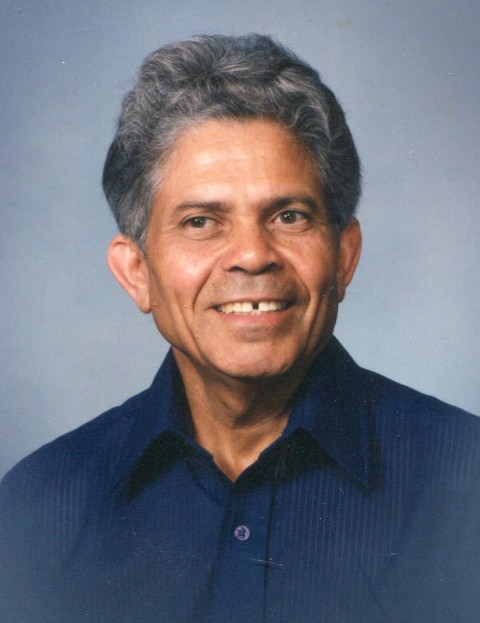 Ramón Emilio Peña, age 89, of Grand Rapids, passed away on Friday, February 19, 2021. Ramón was born in La Guázara section, Barahona Province, Dominican Republic on July 9, 1931, to Emilio and Maria Altagracia (Gaciola) Peña, the eighth of eleven children. He finished elementary school in his little town, La Guázara. Along with his parents and five siblings, he was baptized into the Seventh-Day Adventist Church in 1948. He graduated from high school at the Colegio Adventista Dominicano, located in Herrera, Santo Domingo, in 1958. During that time Ramón was assigned by the college as interim head of the department of the farm, which had to do with agriculture and dairy at the college. In 1962 he traveled to Puerto Rico to pursue a professional career. At the Antilles Adventist College he graduated as a teacher in 1966. He worked hard there, and also on the farm, to pay for his studies. At both schools he was the barber for the students and several teachers. Ramón and his brother, Emilio Amado Peña, were inseparable; they graduated from both schools together and formed a singing duo, the Hermanos Peña Duo. They sang religious music for many years. Two months after graduating from school in Puerto Rico, Ramón married Marina Salazar in July 1966. That same year they returned to the Dominican Republic, where he worked as a teacher at the Dominican Adventist College for six years. While there they had their first son, David. In 1972 they moved to Puerto Rico, where Ramón taught for four more years. Their daughter, Wendy, was born while they were there. In 1976, the family moved to the United States and settled in Michigan. They moved to Grand Rapids the following year, with Ramón teaching for a couple years before beginning a job at Butterworth Hospital, where Marina also worked. David and Wendy each got married in Grand Rapids, and they have given Ramón and Marina seven beautiful grandchildren. He was the father of another daughter, Maria, who also gave him two grandchildren. Ramón lived in Grand Rapids for 44 years, until the day of his death. He was a loving, hardworking and responsible father and husband, always concerned about the well-being of his children and his wife. He is survived by his wife, Marina; his children, David, Wendy, and Maria; his grandchildren; and his siblings, Clara, Celeste, Luis Roberto, and Emilio Amado. Funeral services will be held at 11 am on Wednesday, February 24, 2021 at Matthysse Kuiper DeGraaf Funeral Home, 4031 Clyde Park SW, Wyoming, with gathering restrictions of no more than 25 people. Burial at Chapel Hill Memorial Gardens. Relatives and friends may meet the family Wednesday from 10-11 am prior to the service at the funeral home.