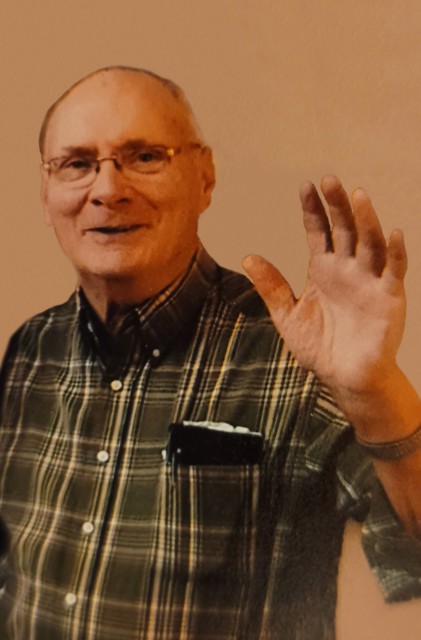 On June 19, 2022, Father’s Day, Norman “Norm” Peter Buer was welcomed into the presence of Jesus. Building relationships and lovingly pointing people to Jesus was part of Norm’s life mission. He never met a stranger – just a friend he hadn’t made a connection with yet! Norm was a fun-loving, hard-working, intelligent man who loved people. He considered himself a student of the Bible and was thrilled with God’s GRACE. He was competitive, enjoyed table and card games, and was a master of Dad Jokes (with a little extra color), puns, and silly songs. Born on December 19, 1941, to Robert and Marian (Near) Buer, Norm attended Caledonia Schools where he met his “partner to the end,” Joan (Barnaby) Buer. They were married on October 26, 1962, and would have been celebrating 60 years this fall.

Norm took over the family Water Well Drilling business with his brother, Phil. He proudly cared for the farming community as a business owner and as a member of the local zoning board. He worked to advance his industry as a member and Director of the Michigan Ground Water Association, the Michigan Health Department, and as a member of the National Well Drillers Association. Norm was a dedicated member of the Caledonia Fire Department for 31 years. This became one of his life ministries and the friendships he made with the other firemen formed a true band of brothers.

A lover of sports and competition, you could find Norm playing basketball, hockey, and softball for many years. He also became an excellent golfer. His love of the outdoors kept him active, enjoying fishing, snowmobiling, and deer hunting. His favorite place to relax was the family cabin and property in Cadillac. Norm loved his church family and serving as a board member at Green Lake Calvary Church. He loved studying the Bible and teaching Sunday School – a ministry that spanned nearly 50 years.

In their retirement years, Norm and Joan traveled with their 5th wheel camper and eventually settled down for winters in Arizona. They had many adventures and made countless friendships as they rode and explored the desert on a side-by-side quad. As Norm’s health declined, he was determined to adjust to his new “NORMal” with a “can-do” attitude, counting each day as an opportunity to love others, which was felt by his caregiving and rehab staff. They became part of “his people.”

Norman’s “people” would like to invite you to celebrate his life with a visitation on Sunday, June 26th, from 2:00 – 4:00 pm and 6:00 – 8:00 pm at MKD Funeral Home in Caledonia at 616 E Main St SE, Caledonia. The funeral service will be on Monday, June 27th, at 10:30 am at Green Lake Calvary Church, 608-145th Ave, Caledonia, with a luncheon to follow. Those desiring, may make a memorial contribution to Community Kids, which is an inner-city ministry in Grand Rapids, where Norm’s son-in-law, Rob is Executive Director.

When someone is experiencing grief, a delicious warm healthy meal is a wonderful way to show support and comfort. Through this simple act of giving, you can help ease one of the burdens your friend or family member faces during the weeks and months following the loss of their loved one.

Show them how much you care with meals from Memorial Meals.