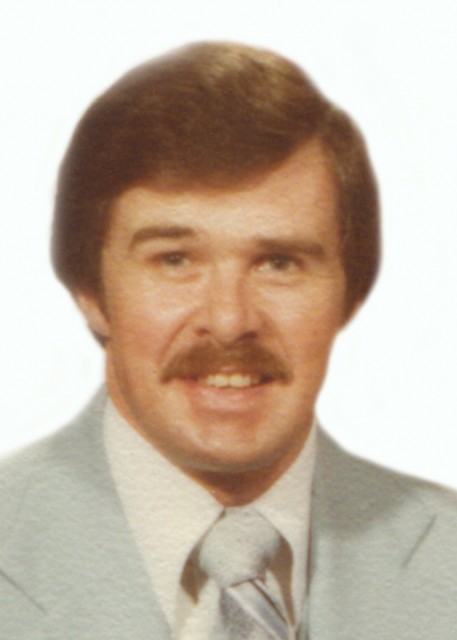 Ken Crumback, age 83, a lifelong resident of Caledonia, passed away on Sunday, September 5, 2021. He was born January 12,1938 to Ike and Nellie (Mathewson) Crumback, growing up on the 100th Street farm and attending Caledonia Schools, including DeTray School, a one room school still in existence. In 1958 he married his high school sweetheart, Mary Lou Rose and they moved to the now Crumback/Mathewson Sesquicentennial Farm (172 years) where they lived all their married life, sixty-three years. Their marriage was blessed with six children: four sons and two daughters, twelve granddaughters, three grandsons, and four great grandchildren: Son, Kenneth Scott (Michelle) of Belmont and their children, Clare Marie, Ryan Russell, Kayla and Jeremy; Son, Russell Gene and his daughter, Ashley (Curtis) Walter of Omaha, Nebraska, with their children Maddox, Betten, Theo, and Ilah Mae; Son, Rusty, who passed away on July 2, 1990 in Germany while serving in the US Army; Daughter, Beth Renae (Altin) Naqe of Albania, and their daughter, JanaMaria; Son, Michael Dean (Stacey) of Byron Center, and their children, Abigail Elizabeth Cruz (Isma Isaac), Emmaleigh Grace, and Georgia Ann; Daughter, Amy (Ed) Cole of Hopkins and their children, Dustin (Kelly) of Indiana, and Kennedy Marie Rose “Kenzie” Cole; Son, Peter Isaac (Suzanne) of Waynesville, Ohio and their children, Lillian Faith, Olivia Hope, twins Julia Grace and Audrey Joy. After graduation Ken worked for Michigan Bell Telephone Company (later Ameritech), where he remained for 38 years, and then also worked for VanBelkum Business Systems. He is remembered as coaching softball and baseball, and he partnered with Barnie Burns to start a wrestling program for younger boys. He was one of the founding families of Peace Church, Middleville, and served as deacon and elder for many years. Ken struggled with cancer for over ten years and though he lost the battle, we feel he did win the war. We have the reassurance he has gone home to be with Jesus, the Great Physician, and is healed forever more. He will be remembered by his family, as a few days before his death, he quoted Winston Churchill “You never, never, never, never give up!!” And he never did. Funeral services will be held at 11 am on Friday, September 10, 2021 at Peace Church, 6950 Cherry Valley, Middleville, with Pastor Daryl Crawford officiating. Burial at Gaines Township Cemetery. Relatives and friends may meet the family Thursday, September 9 from 5-7 pm at Matthysse Kuiper DeGraaf Funeral Home, 616 E. Main St., Caledonia, as well as Friday from 10-11am at Peace Church. Those who wish may make memorial contributions to Peace Church and Lemmon-Holton Cancer Center.

Leave Your Tribute
September 14, 2021 1:46pm
Dear Mary Lou and family. I am so sorry to hear of Ken passing. I know he was one of the people who make the world a better place. I know our class owes you and Ken such a huge thanks for all your tireless efforts to make our class reunions happen and be so nice. I didn't spend alot of time with you as adults but I have very fond memories of Ken in elementary school when we played a lot of softball with our friends at recess. Actually made school fun. I know this is a heartbreaking lose for you and your family and I pray God will continue to provide strength, comfort and peace to you in the difficult days ahead. Mary Sabo.

September 12, 2021 11:15am
So sorry to hear about Ken. I met ken when him and coach burns ran the wrestling program at Caledonia. I was just starting my career at Lakewood and would battle with Caledonia each year. Ken was one of the coaches with truth and ethics. I always loved talking to him and we learned from him as he coached kids and his own. Coach Crumback was a class person and a asset to the coaching field . I would like to say thank you Ken for all you did for kids and the sport of Wrestling . Coach Veitch---Lakewood Wrestling

September 08, 2021 3:11pm
We will always remember Ken & all of the times we shared ; Predicting the times that Clare & Ryan would be born while Andrea was in labor . Coming to Clare & Ryan’s birthday parties when they were little . Attending school functions together . Enjoying meals together , with Mary Lou’s famous apple pie . The friendship we shared over the years. May God hold all of you in His arms & bring you comfort . Heaven has a wonderful new angel but Ken will be missed here on earth . With much love , The Other Grama Mary & Bud

September 08, 2021 11:13am
We are so sorry, Mary Lou and family. I remember Ken as being a very kind and gentle man and my memories of him at Peace will never be forgotten. God bless all of you and give you comfort and strength through this difficult time.

September 08, 2021 10:21am
We have such wonderful memories of Ken & his family. We all attended Peace Church together for many years, our kids having grown up together, and even though we have since moved from the area, we fondly remember the congregation at the church. We were one big family of God. We pray for the family as they grieve the loss of their husband, father, & grandfather. Ken was truly a man of God.