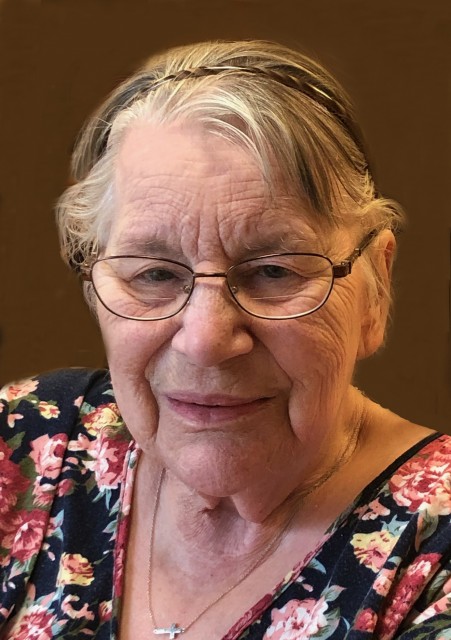 On April 24, 2021, Kayrene Ann Dykstra Walburg, wife and mother of eight children, passed away at age 85.

Kaye was born on Oct. 27, 1935 in Platte, South Dakota to Ane and Bertha (Westerhuis) Dykstra as part of a farming family. She attended Platte Christian School, Western Christian High School and Calvin College where she met the love of her life. She married Myron (Mike) Walburg on Aug. 30, 1955 and together they moved to Minnesota where they both began teaching in elementary school. After moving to Minneapolis in 1962 with six kids in tow, Kaye went to work for the United States Postal Service and spent more than 25 years with them. They went on to add two more children to their family. Her husband joked that they thought it would be “cheaper by the dozen” but soon learned that “eight is enough”.

After retirement, Kaye and Mike spent years driving around the country in their RV visiting family before finally settling down in Zeeland, Michigan. She was an avid spoon collector from their travels, and her grandchildren remember her spoon racks and definitely had their favorites. She was a huge fan of the Minnesota Twins and the Minnesota Vikings. She loved playing her favorite hymns on the piano and organ. As a skilled artist and crafter, she gifted each of her grandchildren with a crocheted throw blanket when they graduated high school. She was a committed Christ-follower throughout her life and was a member of Holland Heights Christian Reformed Church. She was known as a great storyteller, creating the wonderful world of Peter, James and John, and shared that world with her children and grandchildren. Her claim to fame was that she could recall any U.S. zip code, but most importantly she had a playful personality, an infectious laugh, and was loved by all who knew her.

She is survived by her loving husband of 65 years, Mike Walburg; their eight children, Starla (Bob) Thompson, Wayne (Carmen) Walburg, Bonnie (Joe) Vloedman, Steve (Janice) Walburg, Wendy Dantzer, Barry (Denise) Walburg, Myron Walburg Jr., and Marc Walburg; 20 grandchildren,16 great-grandchildren, and 2 great-great-grandchildren; her sister, Mae Lieuwen and sister-in-law, Mayme Walburg. She was preceded in death by her parents, her sister and brother-in-law, Retta and Jake DeLange; her brother and sister-in-law, Dick and Ramona Dykstra, her brother-in-law, Will Lieuwen, her daughter-in-law, Terri Walburg, her son-in-law, Jerry Dantzer, and her grandson, Mark Thompson.

Leave Your Tribute
April 27, 2021 4:11pm
my deepest sympathies Barry and the Walburg family

April 26, 2021 11:37am
Our sympathies to the Walburg family. It is hard to say the earthly good bye, but we rejoice in Aunt Kay’s promise of eternity