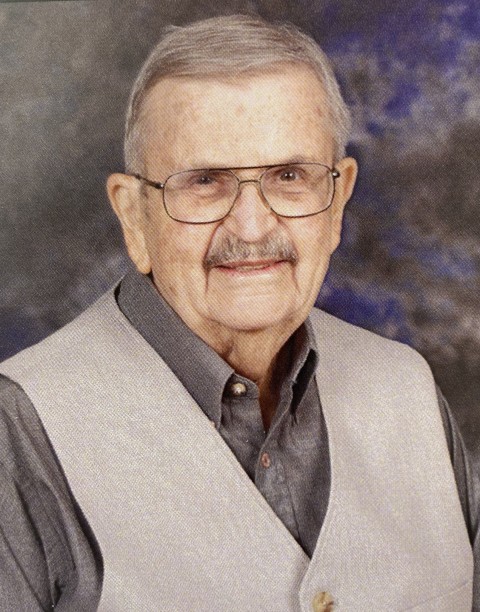 To know John McGavin was to know kindness personified. He lived a life that exemplified love, loyalty, helpfulness, and faith. He was a devout Catholic and a life-long member of St. John Vianney parish. Even as a child, his faith played an important role in his life. As early as the age of nine, he would walk to church to attend mass—even when his parents were unable to go.

John also loved to laugh, and he especially loved a good joke. It will surprise no one who knew John that he was cracking jokes during his last precious hours with his children. John’s love for his children, grandchildren, and great-grandchildren was immeasurable, as was his pride in them. He went out of his way to assist others but had no interest in taking credit for any of his good deeds. He shared his gifts not only with his family, friends, and community, but also with his students. John taught school in the Grand Rapids Public School system for thirty-five years, and he was a longtime member of the third and fourth degree of the Knights of Columbus.

Leave Your Tribute
July 24, 2021 1:50pm
On behalf of the Aquinas community, we extend our sympathy to you, Mark, Diane, Jeff and Family. You have gained a powerful intercessor among the Saints in heaven. God grace you with Gratitude for your dad's long life among us and with Peace as you celebrate his Risen Life in Christ. Be assured our our prayerful support.