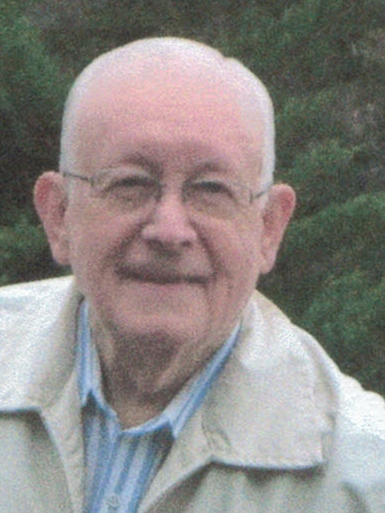 David C. Wren, age 80, of Caledonia, formally of Hastings, passed away on Sunday, October 3, 2021 at Metro Health: University of Michigan Hospital. David was born on July 28, 1941 in Barboursville, Kentucky to William and Carrie Wren. He graduated from South Lyon High School in 1960 before attending Wayne State University, graduating with a degree of Mortuary Science in 1966 with Honors and as class president. He married the love of his life, Kathryn Louise (Latta), on May 18, 1963. Together they moved to Hastings in 1966 and became associated with former Leonard-Osgood Funeral Home. David founded and owned the former Central Ambulance Company (1969-1974). They purchased the funeral home in 1978, subsequently changing the name to Wren Funeral Home. David is the former owner and director of Wren Funeral Home in Hastings and Vogt Chapel-Wren Funeral Home in Nashville. David was a former member of the Board of Directors National Bank of Hastings (1981), Hastings Rotary Club (1978), Hastings F & AM #52(1975), Hastings Elks Lodge #1965(1966) and Hastings Moose Lodge #628(1973), Hastings Chamber of Commerce, Hastings Economic Development Commission, and Michigan and National Funeral Directors Associations. Also, a former member and past president of the Hastings Lions Club and State Eye Bank Committee, and a part of the Pennock Hospital Board of Trustees (1993-2007). He was a founding board member of Barry County Hospice and Hastings Exchange Club. David was also a “Paul Harris Fellow” of Rotary International (1994). He was an instructor with Hastings Adult Education Department and was often asked to be a guest speaker/lecturer at churches, service clubs, educational institutions, and Health Care Facilities. After retirement in 2007, he developed “End of Life Coordinator” for the Pennock Health Services Department in 2008 – 2017. He continued to teach and serve the community with the loss of a loved one. He was preceded in death by his wife, Kathryn Wren in 2006; father, William Wren; mother, Carrie Goodman; Sister-in-law, Sandra Elaine Schamanek in 1998; loving canine companions Barney in 1980 and Sassy Kay in 2006. He will be lovingly remembered by his daughter, Patty Wren of Caledonia; son Dave Wren and Julie Howerton of Winter Haven, Florida; brother, Jack and Carol Wren of The Villages, Florida; brother-in-law, Daniel and Linda Latta of Sunrise, Florida; many nieces, nephews, great-nieces, great-nephews. Private Family Graveside services will be held. Burial will be at Rutland Cemetery. Those who wish may make memorial contributions to a charity of ones’ choice.

Leave Your Tribute
October 13, 2021 12:40pm
Patty and Dave: Though you don't know me, your father and I were a part of starting the End of Life program at the hospital. During that time I became a student of your dad and how he handled people in crisis. It was a master class. Not only was he a great listener but a truly humble person. You and the Hastings community have lost someone very special. My condolences to both of you - Chaplain Tod Clark, M.Div. BCPC - Spectrum Health Pennock

October 13, 2021 10:39am
We remember Dave for his caring and compassionate ways. He was there as a trusted and caring friend when dealing with the loss of our loved ones. He will always hold a special place in our hearts.

October 11, 2021 12:47pm
I worked for your dad doing the date cutting on markers. Watching Patty & Davey grow up. Supporting sports & our son Steve & Davey on the basketball team. Football homecoming with your dad driving our mustang in the parade.Steve worked with your dad for a while. Great family. Miss seeing you Patty & Dave.

October 07, 2021 9:31pm
I am so thankful for the many lessons I learned working with your dad. He was the best funeral director I have ever known. To this day, families I meet still talk about his compassion, and dedication toward grieving families in our community. I will forever be grateful to your dad for giving me a chance. You are in our prayers. Scott Daniels & Family

October 07, 2021 4:46pm
Dave was a valuable member of the Hastings Community. Dave and Kay were good friends with my parents. We have good memories of Dave and the Wren Family during their time at Gun Lake. My condolences to Patty and Dave.