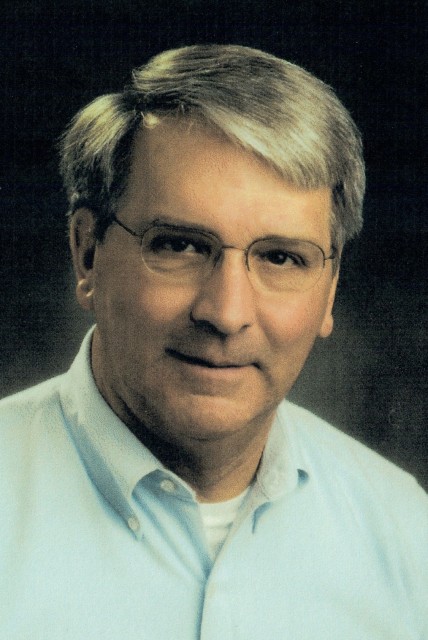 Carlon Snyder, age 75, of Byron Center, was called home on Monday, September 12, 2022. Carlon was a loving husband, father, and grandfather. He proudly served in the US Air Force from 1969 to 1972. Carlon was a licensed Professional Engineer, who worked at Hobart for 10 years and then later retired after 24 years from Steelcase. He spent his time volunteering for the Boy Scouts. He enjoyed spending time with his family and loved to go camping. He was preceded in death by his wife, Juanita Snyder. He will be lovingly remembered by his wife, Gaye; children, Elizabeth and Steven Hummer, Eric and Laura Snyder, Nikki and David Falbe, Heather Holzworth; grandchildren, Trevor Hummer, Gavin Snyder, Katelyn Snyder; sister, Sharon Hasting; and many nieces and nephews. Funeral services will be held 11 am Friday, September 16, at Christ Lutheran Church, 2350 44th St. SW, Wyoming, with Rev. Rob Schmidt officiating. Burial will be held at Alaska Cemetery. Relatives and friends may meet the family Friday from 9-11am at the church prior to the service. Those who wish may make memorial contributions to Alzheimer’s Association (alz.org).

Leave Your Tribute
September 16, 2022 10:04pm
Ugh. EmojiEmoji I was in touch with him genealogy, as (I had been trying to find his fathers obit years back), connected to him via his Roeth/Fessler/Peterseim. After he send me stuff, found out was also Kreider connected, then discovered more, also Overholser/Studebaker. He was a 4th cousin. His cousin, Janel Hutchinson, had remembered her granddad (married to Roeth sister of Carlon's father's mother), gave Carlon a tie he wore for rest of his life. Carlon already lost his wife, and brother in law, Larry Hasting few years ago: Deep sympathy to all his family. ' Precious in the sight of the Lord is the death of his saints. Psalm 116:15. Plant a new tree', is my words of wisdom.

September 16, 2022 5:01pm
I am so deeply sorry and sad to see that Carlon has passed! He was one of the kindest, most sincere folks I have ever had the pleasure of working with at Steelcase. He had such a great sense of humor and equal amount of compassion for his fellow workers! My heartfelt sympathy to Gaye and all of the family! May God Bless you and comfort you all as only He can do, my prayers are with you all! Yvonne Powers

September 15, 2022 12:06pm
It has been many years since I worked with Carlon but I recall clearly his good understanding, judgement and advice on both engineering issues and in dealing with people. He knew both pain and joy. May the Lord bless you and keep you close and give you strength.

September 15, 2022 10:00am
I am saddened to hear of Carlon's passing and my condolences to you, Gaye, and to your entire family. I worked closely with Carlon for many years at Steelcase and appreciated his friendship and the solid engineering direction he was always willing to provide.

September 15, 2022 9:12am
Carlon was such a great guy - extremely intelligent and fun to work with! My heart goes out to Gaye and all of his family. - Kathy Carter

September 15, 2022 7:55am
Carlon was the leader who interviewed me for an engineering job at Steelcase, which began my 25 year career with the company. Carlon was a great manager and friend. Sorry to hear of his passing, he will be missed! -Dave Battey, recently retired Scoutmaster, BSA Troop 202

September 14, 2022 7:58pm
So sorry to hear of Carlon's passing. He hired me into Steelcase and was a wonderful manager for the first few years of my Steelcase career. My thoughts and prayers are with the family.

September 14, 2022 1:58pm
I have lots of fond memories of working with Carlon at Steelcase over the years. Very sad to hear of his passing. He was always a pleasure to work with and a true professional.