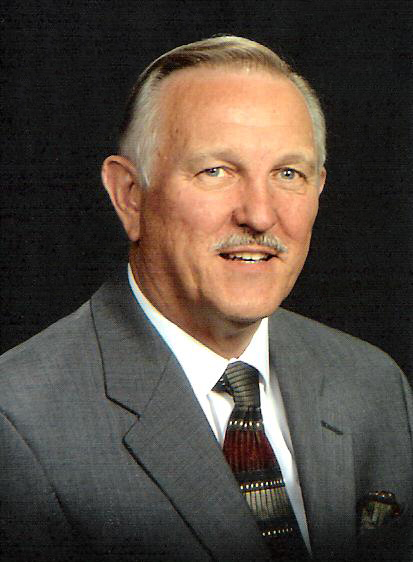 Allen Charles Julien arrived in this world in the Spring of 1942 to parents, Harry Frederick Julien and Bessie Mae Walker-Julien. He was the 6th of 7 children the family raised on the small family farm on Leonard Street in Lamont, MI.

Allen spent his precocious youth with his siblings, many cousins and friends around the Lamont, Eastmanville and Coopersville areas of Ottawa County, where the Julien clan has many roots. There was always enough mischief to get into with family and friends around home, at Uncle Leon’s wood shop next door, Uncle Ray’s shop up the street and around the rural community. Allen graduated from Coopersville High School in 1960.

He married the love of his life, Violet Louise Julien, in 1963. They had two loved children, Allen Todd Julien and Amy Beth Julien-McComas. Allen was a God-loving, family man who provided for his family and led a life of example. He spent his working years at Douglas Brothers, Gordon Food Service, and Keyes Refrigeration, where he spent his working years designing, selling and installing commercial kitchens and dining spaces and selling restaurant table service and dining room supplies.

Allen was a kind and caring person, always willing to drop what he was doing to assist family, friends and neighbors with projects and repairs. He was handy at home and abroad and had a special knack for woodworking and house repair and remodeling projects. He also had a life-long interest in hunting and fishing. He annually led an expedition of friends to fly-in fishing excursions to Easy Lake near Wawa, Ontario, Canada in the 1970s. He still enjoyed his fishing into his late years at he and Violet’s “beach house” on the lake.

A story about the life of Allen Julien is incomplete without the mention he was first-and-foremost a man of God. Throughout his life, he served in every conceivable leadership position in service to his church, the Apostolic Faith Church, then located at Rena and Ionia, on Grand Rapids’ south-west side. He studied at Aenon Bible College in the late 1980s. He was licensed as a minister in 1990 by the Pentecostal Assemblies of the World, and was Ordained by the same organization in 1992, when he felt the calling to the ministry.

He proudly served as the Lead Pastor of Apostolic Faith Church from 1993-2014, carrying on a family tradition since his grandfather, Charles was pastor of the same church in the 1930s through the 1940s and into the 1950s. During his tenure as pastor, he was elevated to a District Elder, and eventually Suffragan Bishop, by the Pentecostal Assemblies of the World. Allen also served the Apostolic World Christian Fellowship since the 1980s, and served as the North-Central Regional Director for many years. He will be greatly missed by the many people whose lives he touched through his work in the ministry.

Allen’s later years were marred by his struggle with dementia. But even through his struggles he had a zest for life, would pester anyone within his reach, always was ready and dressed for church. He laid down for a nap on the afternoon of Wednesday, November 24, 2021, dressed in a blue shirt, tie, dress pants and dress shoes ready for church and never woke up. He will be missed by many.

Funeral services will be held at noon on Friday, December 3 at Apostolic Faith Church, 1935 44th St. SE, Grand Rapids, with Rev. Dorian Richardson officiating. Burial Maplewood Cemetery. Relatives and friends may meet the family Thursday, December 2 from 6-8 pm at Matthysse Kuiper DeGraaf Funeral Home, 4646 Kalamazoo Ave. SE, Kentwood and on Friday from 11-12 pm prior to the service at the church.

Leave Your Tribute
December 02, 2021 2:37pm
you where the best pastor that help people you married me and jim ill never forget you you shown love and you repect people

December 02, 2021 12:25pm
Sis. Violet, Todd and Amy, With deepest sympathy and condolences for your loss. Pastor Julien labored to make his calling and election sure. As he transitioned from this earth the void of his presence is already greatly felt. Under the canopy of heaven, today we pray for you Sis. Violet and family for the cumbersome and difficult days ahead. BLESSINGS