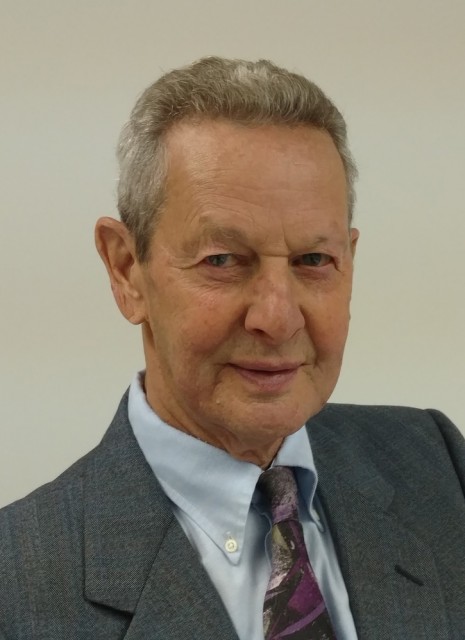 Harold Roger Plaisier, age 85, of Jenison, was called to his heavenly home to be with his Lord and Savior, Jesus Christ, on Monday, January 28, 2019.  He was preceded in death by his wife of 56 years, Arlene (Derks) Plaisier; parents, William and Martha Plaisier; brothers, Walter, Raymond and Kenneth Plaisier; brother-in-law, Harold Buter; and sister-in-law, Doreen Plaisier.  He will be lovingly remembered by his children, Roger and Jean Plaisier, Brenda and Edward Hoekstra, Julie and David Armstrong; 9 grandchildren, Joshua and Sharla Hoekstra, Paul and Tena Hoekstra, Stacey and Eric Solanyk, Dr. Ryan Hoekstra, Emily and John Hopkins, Sandra  and Caleb Meulenberg, Leeanne and Andrew Randolph, Rachel Armstrong, Shane Armstrong; 24 great-grandchildren; sisters, Barb Buter, Helen and Marve Witte, Shirley and Dick Tibbe; brothers, James and Nancy Plaisier, Larry and Jana Plaisier, sisters-in-law, Sheri and Cecil Harkema, Darlene Plaisier, and many nieces, nephews, cousins and friends.  Harold was an independent, hard working, loyal, and friendly man who loved the Lord.  He enjoyed going to the hunting cabin with his brothers. Harold was a huge supporter of Christian education and recently was recognized for 30 years of fundraising efforts for Unity Christian High School.  He was an avid runner having completed numerous marathons, seven of them during his 70th year. He enjoyed spending time with his running friends.  Harold served his church in many capacities since 1962.  Funeral services will be held on Saturday, February 2, at 11:00 a.m. at Baldwin Street Christian Reformed Church, 2101 Baldwin St., Jenison, with Rev. Don Van Slyke officiating.  Interment will be held at Georgetown Township Cemetery.  Relatives and friends may meet the family on Friday from 2-4 and 6-8 p.m. at Matthysse Kuiper DeGraaf Funeral Home (Grandville) 4145 Chicago Dr. SW and on Saturday from 10-10:45 a.m. prior to the service at the church.  Those who wish may make memorial contributions to Unity Christian High School or Grant Christian School.

Leave Your Tribute
February 01, 2019 5:27pm
So sorry to hear that Uncle Harold passed. We always enjoyed his stories and would have fun comparing running notes. All the family will be in our thoughts and prayers. Thankful for the hope we have in Christ.

February 01, 2019 6:25am
So sorry for your loss, but your father lived a long and very full life and has a lot of great memories and accomplishments to his name. Something to be very proud of. My prayers are with all the family.

January 30, 2019 9:34am
My sincere condolences. And my apologies that I will not be able to attend the visitation/funeral. Uncle Harold was always looked up to! I admired his tenacity and determination to continue the race on the road and the race laid before him in life. May God comfort you all.