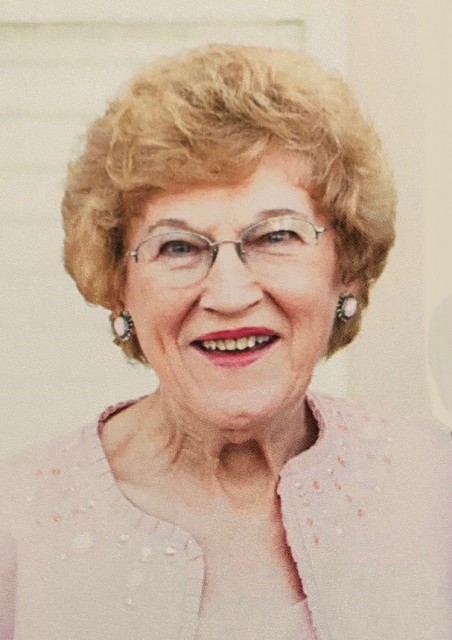 Evelyn Marie Karsten (Petroelje) died at her home in Visalia, CA on June 21, 2021. She lived a life of faith and service in all that she did. Her life of love, prayer and devotion defined her deeply held Christian beliefs.

Evelyn was the “quintessential” pastor’s wife. She typed her husband Henry’s sermons, she played the piano, she typed the church bulletin, she prepared countless meals for church members, and she assisted Henry in his ministry at every turn. She was at Henry’s side throughout his thirty-six-year ministerial career in Monroe, WA; Akron, OH; Jacksonville, FL; Alger, WA; and Sun Valley, CA. She and Henry “retired” to Upland, CA before moving to Visalia, CA in 2005.

But Evelyn’s legacy is so much more. She poured herself into mothering her four children to the very best of her ability. She lived her life by putting her faith first, others second and only then, thinking about her own needs. She loved music and found solace in the great hymns of the church. She lives on through the countless lives that she touched.

Evelyn is survived by her daughter-in-law, Sheri Laninga of Fennville, MI (Darryl Bolt); daughter, Mary of Visalia (Arnold Sybesma); son, Paul of Grand Rapids, MI (Julia de Jonge); daughter, Ruth of Lynden, WA (Daren DeBoer); 13 grandchildren; 9 great grandchildren. Evelyn was preceded in death by Henry, her loving husband of 66 years, just eight weeks prior to the day of her passing; parents, Roy and Henrietta Petroelje; her son, Mark Karsten; her brothers, Harold and Purcell and her sisters, Anne and Josephine.

Events celebrating Evelyn’s life will be held at the Visalia Christian Reformed Church in Visalia, CA on Saturday, July 10. The family is planning a memorial service in Grand Rapids on July 31 honoring the lives of both Henry and Evelyn. Details about that event will be forthcoming. Evelyn will be buried at Woodlawn Cemetery in Grand Rapids, MI next to her son and her husband.