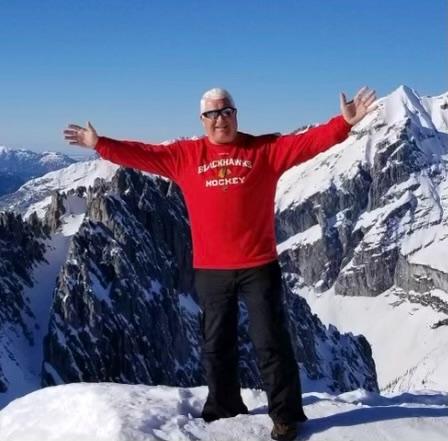 David Tyson Peahl, age 70, of Wayland, passed away unexpectedly on August 2, 2022. Dave began his adventurous life from a young age. He spent his childhood surrounded by his close-knit family on Lake Minnetonka; a place that held fond memories of lake activities, skiing, and water-sports. His family moved to Wheaton, IL and he graduated from Wheaton Central High School in 1970. He attended Huron College in South Dakota and later played soccer at College of Dupage. Dave furthered his adventures with a passion for aviation and began flight training. In one year, Dave earned his private, instrument, and commercial pilot’s licenses. He continued by achieving his multi-engine and instructor rating which led to obtaining his first flying job as a flight instructor at Dupage Airport. After flying several years as a corporate pilot, he began his commercial aviation career with American Eagle in 1986. He later transferred to American Airlines as a first officer on the Boeing 737 and retired in 2017, flying internationally on the Boeing 787. In retirement his passion for flying continued to impact others as he began to instruct and mentor aviation enthusiasts. He kept active playing hockey, snow skiing, waterskiing, and traveling with his wife, Treece. Dave was a mentor and teacher at heart and will be remembered for many inspiring stories and life lessons. With a gift of conversation, Dave had a genuine, compassionate interest in connecting with people. His happiest times were spent at the lake or anywhere with his family, grandchildren and dear friends. He will be greatly missed for his smile, ambition to make meaningful connections with everyone he met, and his positive outlook on life. He was preceded in death by his parents, Robert and Jeanne Peahl. He will be lovingly remembered by his wife of 31 years, Patrice; children, Matthew Peahl, Kirstin Peahl, Brendan Peahl; grandchildren, Taylor, Kristien, Graysen, Madison; siblings, Robert (Melodie) Peahl, Susan (Jeff Bradley) Peahl; step-mother, Margaret Peahl; step-siblings, Douglas (Patricia) Grunnet, Mike (Deb) Grunnet, Vickie (David) Halvorson; numerous nieces, nephews and was inspiring in so many lives that he was acknowledged as uncle and grandpa by many. Relatives and friends may meet the family Wednesday, August 10, from 5-8 pm at Matthysse Kuiper DeGraaf Funeral Home, 4646 Kalamazoo Ave. SE, Kentwood. A memorial service will be held at 12pm Thursday, August 11, with an hour of visitation prior, at Gun Lake Community Church, 12200 W M 179 Hwy, Wayland, with Pastor Dan Beyer officiating. Family requests fellow pilots to come in their uniform. In lieu of flowers, those who wish may make memorial contributions to the American Heart Association and pilots may donate to the APA Emergency Relief and Scholarship Fund. https://www.alliedpilots.org/Home/Emergency-Relief-and-Scholarship-Fund