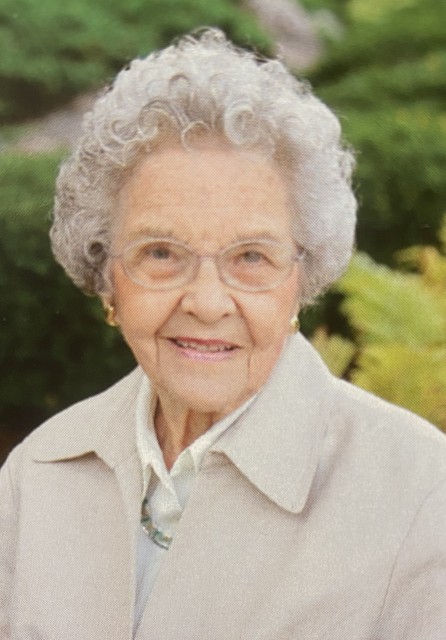 Carrie May (Witteveen) Lyzenga, age 97, of Grand Rapids, passed onto glory on Tuesday, November 22, 2022. She was born into the family of Albert and Trudy (Klomparens) Witteveen on November 23, 1924, in Holland, Michigan. Educated in a one-room schoolhouse and then at Holland High School, she attended Harderwyk CRC where she accepted the Lord as her Savior. Carrie moved to Grand Rapids where she attended Calvin College and received her degree in Education in 1945. She taught in the Grand Rapids Public Schools for several years and later as a substitute when her children were grown. Carrie met and then married Gerald J. Lyzenga in 1949. Jerry preceded her in death in 1990. She was also preceded by her three older siblings and their spouses, John (Eleanor) Witteveen, Harold (Jean) Witteveen, and Doris (Paul) Boerigter; Jerry’s brothers, Robert (Jean) Lyzenga, and Dale (Karen) Lyzenga; and her daughter-in-law, Amy Lyzenga.

Funeral services will be held at 11 am on Saturday, December 10, 2022, at Walker United Reformed Church, 1985 Randall Ave. NW, Grand Rapids, 49534 with Rev. Henry Admiraal officiating. The family will meet visitors from 10-10:45 at the church prior to the service. Those who wish may make memorial contributions to the Edison Christian Foundation or Zion Christian School. The family would like to say a special thank you to Edison Christian Home and Faith Hospice for their wonderful care to Carrie.