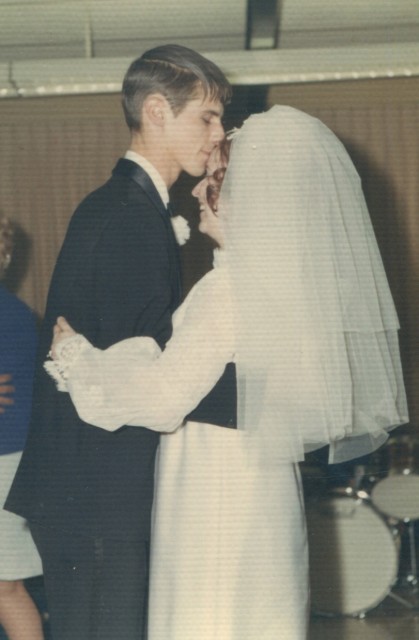 On February 18, 2021, Carl Eugene Brooks passed away due to injuries from a January 27th car accident that also claimed the life of his wife of 51 years, Margie Brooks. Carl battled multiple forms of cancer for many years but fought hard to survive. He was born in Muir, Michigan to Willis and Marilyn Brooks. Carl was preceded in death by his wife, Margie Brooks; son, Carl Edward Brooks; his parents; brothers, Norman Brooks and Robert Brooks; and sister, Glori Korns. He is survived by his son and daughter, Jeffrey and Angela Brooks; sisters, Mary Kaye Dusek and Josephine Linderman; brothers James (Connie) Brooks and Anthony (Sally) Brooks; and many nephews, nieces, family, and friends who he loved. Carl retired from Steelcase and spent over 37 years in the Army, split between active duty and National Guard duty. He was drafted during Vietnam where he served as a door gunner on a Huey helicopter. He was very proud to be a Vietnam veteran, and flew his American flag in his front yard every day. Carl enjoyed hunting and fishing, traveling and spending time with his family, and puttering around in his garage fixing things that seemed unfixable. At Christmas, he would give the most practical gifts that you thought you would never use, but always seemed to come in handy. Carl was a wonderful husband to Margie and dad to Ed, Jeff, and Angela. He will be missed very much. Funeral services will be held at noon on Saturday, February 27, 2021 at Matthysse Kuiper DeGraaf Funeral Home, 4031 Clyde Park SW, Wyoming, with Pastor Dennis Gilbert officiating. Burial at Chapel Hill Memorial Gardens. Relatives and friends may meet the family Thursday from 2-4 and 6-8 pm at the funeral home, as well as on Saturday from 11-12 prior to the service.